The present day company of Funky People®, LLC is an evolution of the original business entity, Funky People Records, which enjoyed success as a dance music label, recording studio and music distributor in the 1990s. 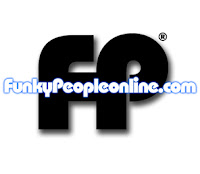 The first Funky People® online newsletter was released on April 5, 2006. Published bi-weekly, the newsletter showcased current events, editorials, spotlight features, interactive web resources for enterprising small business owners in between our seasonal outdoor adventure trips. On Memorial Day weekend of that same year, the first international vacation trip was held in the Dominican Republic for a group of 300. The overwhelming interest and aspiration to reach a larger diverse audience, led to the official Funky People re-brand & launch of the public website on August 1, 2006.

The FP® digital community now comprises the main site, internet radio station, recording studio and several media channels with a  key cornerstone being the social events and activities sponsored in the US and abroad. All are managed by a passionate business team headed by Founder & CEO, Terry Alford.

The continuing mission is to connect creative, entrepreneurial, and professional individuals across the globe using engaging social media, community activities, live artist performances, group events and cultural international vacation tours. Refer a friend and interact with our network to share in all that inspires us to learn, encourage, succeed and explore – Funky People® are Online everywhere!

Terry “Tee” Alford is lauded as an event promoter and pioneer Philadelphia House Music deejay by music lovers around the world. His 40+ year journey through the crates of funk and soul vinyl began in New Jersey in the early 1980’s and evolved during his time as an Engineering student at Temple University, where he introduced the city to the sound of dance House Music. He quickly became recognized as a leader in the entertainment community, drawing huge crowds to his concert parties.

Although Tee’s sound was not well received at first, Philly and the surrounding region would soon take notice of the creative enthusiasm at the well-attended dance concerts he co-produced both on and off campus. His live artist showcase themes began to influence fashion, street art, retail music sales, print media and even urban television. Major seasonal outdoor festival productions would further expand his audience reach.

Tee’s vision undoubtedly paved the way for a new generation of dance music DJs, producers, and promoters in the region. He is actually credited with first exposing Philly taste makers, King Britt and Lee Jones to the emerging house music genre. To this day, Tee’s most noteworthy 90’s and 00’s remixes and music releases on the Funky People Records, Joint Ventures Group & Blaze Productions labels can still be heard on music playlists worldwide.

For DJ bookings and studio or remix collaborations, use booking@funkypeopleonline or our contact page.

All Funky People® logos and images are registered US trademarks. All rights are reserved.
X