This entry was originally published on funkypeopleonline.com on June 6, 2009. It has been edited to fit this format.

Another Memorial Day Weekend has gone by and the Funky People Panama Tour is history! Each year our getaway destinations bring a different mix of personalities and this year was no exception. (I’m sure this was a warm-up for a bigger time on our upcoming return trip to Brazil)

Now before I get into the trip details, I have to first thank Val Slayton of Tra-Val Services, who worked closely with us on many details of this trip. Special thanks to Nyasha Warren for making my introduction to Panama much smoother. We also had the usual help from many friends of the Funky People family who promoted this trip via their own internet circles. Once again, I appreciate your continued support!

What was so hot about Panama? In a nutshell, I can say that the activities and antics were just as varied as the travelers that joined us in Central America. Not to be directly compared with our previous excursions, Panama has its own flair of culture, history and entertainment. The weekend moved at such a pace that we’re still a bit exhausted at this point. If you yearn for the energy of Las Vegas mixed with South Beach Miami, then you will enjoy Panama! Pack a comfortable set of casual shoes or sneakers, it seems we were rarely sitting down…

The Decapolis and Veneto hotels were superb locations to introduce our travelers to the energy and mystique of Panama City. Why stay in the hotel? This area of the city was sort of like being in Times Square and the Wall Street sections of NYC. Everything was at your disposal, local shops, malls, boutiques, casinos, discotheques Panamanian eateries, restaurants, and outdoor cafes – just get out and walk around. Most places offered comfortable atmosphere for tourists and very good pricing. Our first few days took us to see the famous locks of the Panama Canal, an amazingly complex engineering marvel, the historical center of Panama, Casco Viejo, and the Calzada de Amador (or Amador Causeway), which is the very scenic entrance way to the city that connects South America and North America. Panama has the largest duty free shopping zone outside of China, which means you can find almost anything (and I mean anything) to buy for cheap in it’s numerous shopping centers and malls. Serious shoppers, beware!

Walking around Panama City gives you a real sense of the vibrant skyline – it is a blend of old and new architecture. Known mostly for the Panama Canal, which drives nearly 1/3 of the entire economy, Panama is also home to many exotic birds, insects and plant life. For eco-tour nature lovers, it’s a dream location. The Soberania National Park, just minutes from our city hotel, is the only rain forest to exist in a metropolitan city. Here are a few more things Panama, you probably didn’t know…..

#1: The oldest operating railroad in the world exists in Panama. It travels only from Colon (on the Atlantic coast) south to Panama City and was originally built to transport settlers moving west during the California Gold Rush of the late 1800’s.

#2: In 1903, the United States, assisted in Panama’s declaration of independence from Colombia with Naval protection. The U.S was then awarded rights to what later became the Panama Canal Zone. The U.S. was responsible for completing construction and managing Panama Canal operations until December 1999.

#3: Panama in the original Indian language means “abundance of fish”. Other versions refer to the name as meaning “many butterflies”.

#5: Almost half of the 3 million residents of Panama live in Panama City. The cultural and racial landscape is made up of many Latin ethnicities, Amerindian tribes, and African, Caribbean and European descendants.

#7: Panama City is home to over 180 international banks. It is a haven for international investment, but the huge banking industry is due in large part to the commerce driven by the cargo ships that transit the Panama Canal. Each ship must wire transfer a toll fee payment of $100,000 to 250,000, at least 24 hours before entering the Canal waterway. (Sorry Visa is not accepted.) The Canal toll is really considered a discount, when the alternative is to travel around the southern tip of South America at a cost of $1 million dollars and an extra 3 weeks at sea, thus higher prices for consumers at the store.

While the city energy lured many in our group daily, our couples who opted for a more serene environment at the Decameron Beach & Golf Resort in Playa Blanca, got just that. Just over 90 mins outside of Panama City, there were lazy days, moonlit nights and ocean breezes. The Decameron has one of the best beach front locations on the Pacific coast of Panama. There is a local town of Farrallon nearby where you can shop for hand-crafted Indian art and pottery, enjoy dining and bar nightlife. Or you can just kick back, mill about the expansive property, soak up the sun rays, and enjoy the stage show lineups, all while sipping a Balboa or Atlas (Panamanian beers) or a mixture of fruit daiquiris with local rum liquors. For those that dare to swing with the locals, try any one of their high-octane “whiskey on the rocks” concoctions (usually a dark bourbon or scotch). I call this the Panama party-starter, but it ended the night early for others, lol. 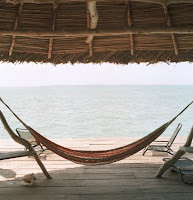 Now, with all the daytime touring, cultural exploring, and late night socializing at hot spots like The Loft, La Bogedita, Guru and Club Seis, we did take time to eat the much talked about Panamanian food. No need to spend more than $5 on a good meal, just follow the locals. Shout-out to the friendly staff at El Trapiche restaurant! There are now many of us that are hooked on several Panama dishes like, Platano Maduro, Ceviche, Yucca (a tropical version of the potato), Sancocho (a hearty chicken soup spiced with culandro), and Corvina (filet grilled or fried sea bass) with Arroz con guandu (rice cooked with an African bean). All this after you’ve had your typical egg breakfast, and a few, Hojaldras (Panamanian doughnuts) with some potent Panama coffee!

Panama is very affordable, safe and picturesque for families, friends and couples. Pass this page to someone who is interested in a Central American vacation treasure. Check out the shots of our weekend travels!! The web link below will direct you to the vacation photo albums. Hello again, to our new found travel mates from New York, Boston, Miami and North Carolina! For those of you who missed joining us – new destinations await our visit!

Remember, being “Funky” is simply a mindset. What’s yours? Encourage others to get connected to our member sites, activities, and soul music sounds. On Facebook use our group page or listen to our “workplace friendly” internet radio station anytime at FunkyPeopleradio.net. Hasta luego mis amigos!

The Funky People® event brands, logos and images are registered US trademarks. All rights are reserved.

This site uses Akismet to reduce spam. Learn how your comment data is processed.

The latest weekly podcast will be posted online Friday mornings before 10 am ET. Thanks for dancing to our sound!

*International Radio Residency* After 3 years, the VIBE MODE radio show with Tee Alford that started in Ibiza, Spain now continues EVERY SATURDAY from Brazil. Listen in for

*International Radio Residency* After 3 years, the VIBE MODE radio show with Tee Alford that started in Ibiza, Spain now continues EVERY SATURDAY from Brazil. Listen in for a trek thru eclectic sonics, rare grooves and classic chillout, deep house music. There will always be something different on the console playlists. Check the vibes at from any phone/computer via Black Point Soul Radio (5-6pm EDT / 6-7pm Rio local time-BRT).

Thanks for listening and enjoying our curation of balearic vibrations from Rio de Janerio! You can stream our Philly WURD radio show on Saturdays, as well. Join our FP newsletter to get upcoming travel group announcements & upcoming event/tour details.

The Music=Life podcast is a recent feature addition to the FP web radio schedule and new shows broadcast every other Monday at 8pm ET (with weekly encore replays on Weds at 10am, Sats at 6pm ET). Join the crew in the Funk Lounge – let’s vibe!

A Funk Above The Rest

NOW BIGGER and BETTER THAN EVER - TUESDAYS at 4pm ET ~ Skip "The Funktologist" Reeves hosts A Funk Above The Rest on FunkyPeopleRadio.net, AFATR is the most

NOW BIGGER and BETTER THAN EVER – TUESDAYS at 4pm ET ~ Skip “The Funktologist” Reeves hosts A Funk Above The Rest on FunkyPeopleRadio.net, AFATR is the most unique radio show broadcasting in the 21st century!

Its’ 2-hour format is like no other in that it features the productions of both major & independent artists, from all over the world, side by side in a mixture of funk and soul music, with so much of it never heard across an international platform !!

After a brief hiatus from our schedule, AFATR is back with new weekly podcasts on this web station every Tuesday at 4pm ET (with replays on Thurs 1am, Saturdays at 8am). Follow Skip and all the activities of his production and music event team via www.afunkabovetherest.com.